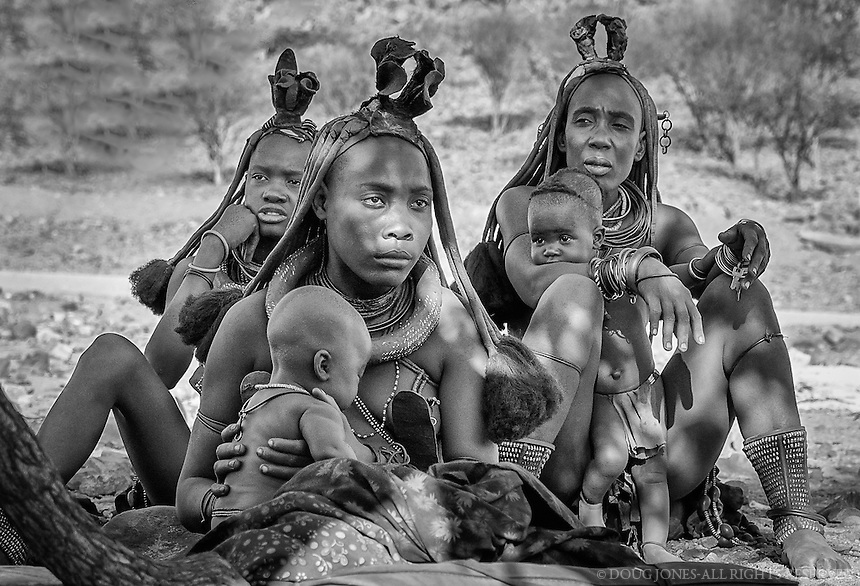 These Himba women and children live in a village in Kaokoland, near Epupa Falls on the Angola border in northern Namibia. They coat their skin with a mixture of butterfat and ochre, producing a satin reddish sheen. The region is one of the wildest and least populated areas of the country. Approximately 5,000 Himba inhabit the region.